At last I'm here again with an interesting rare record of the italo-american trumpeter, singer and band leader Wingy Manone (1900 – 1982), realized in Rome (Italy) in 1975 during his last tournée in Europe. With him one of the most important italian traditional jazz group: the Roman New Orleans Jazz Band. 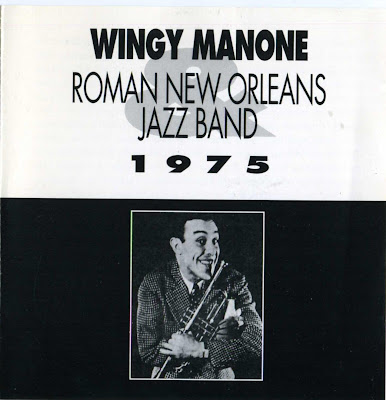 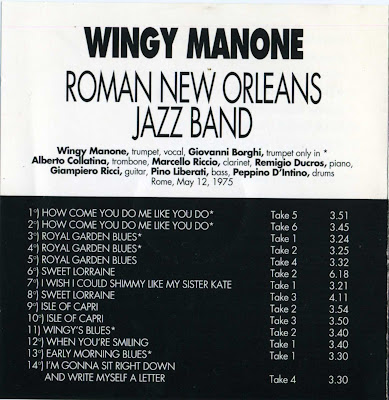 Despite his 75 years his music is still fresh and cheerful, as you can notice listening to his hit Isle of Capri.
The Roman New Orleans Jazz Band give his contribution playing with particular drive following Manone with excellent adherence to his style.