The performances of Miles Davis with the so called Lost quintet [M. D. (tr), Wayne Shorter (ss, ts) Chick Corea (el-p), Dave Holland (bs, el-bs) Jack DeJohnette (drm)] are some of the most interesting of his career. The quintet was so named because they never recorded as five-men lineup in the studio, and only on 2001 with It's About That Time [Live at the Fillmore East mar. 7, 1970] 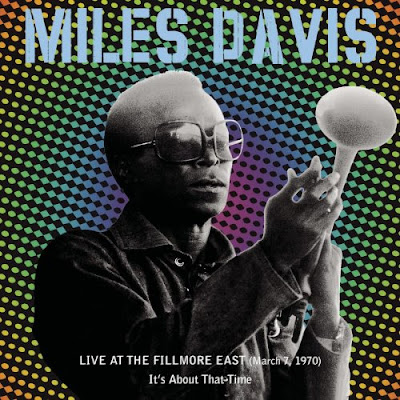 it was possible to listen to them on an official release.
The blogger Heat Warps posted 3 album botlegs with some performances of the quintet in France (Juan-les-Pins july 1969, Paris Salle Pleyel, nov. 1969 2 sets) that is possible to download here.
In the following videos we can see the quintet in Rome (Italy) at Teatro Sistina oct. 27, 1969