The first italian tour of Dizzy Gillespie was in april 1952 and had four dates: 6 in Bergamo, 7 and 8 in Milan and 9 in Turin. 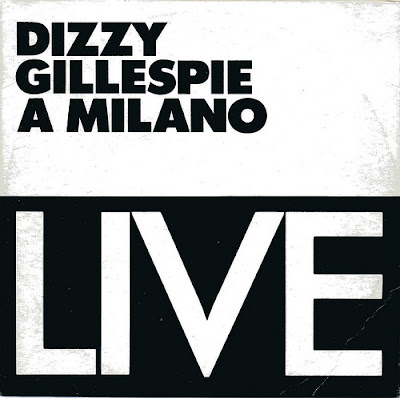 He was coming from Paris (France) and the band was essentially french save for Don Byas (sax t) and Bill Tamper (tbn). The french musicians are: Hubert Fol (sax a), Raymond Fol (p), Pierre Michelot (bs), Pierre Lamarchand (drm). 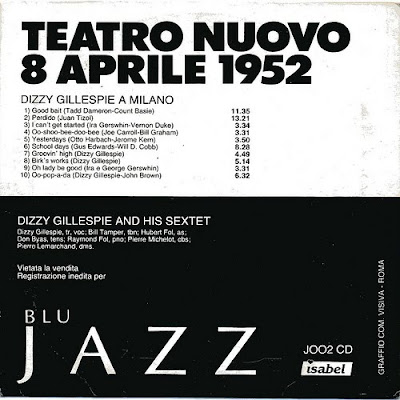 The concert in Milan on april 8 of Teatro Nuovo, the only recorded, was issued more than 30 years after and never reissued.

Here you can listen to a great performance of Gillespie and Byas supported by an enthusiastic audience.
Pubblicato da Jazzfan37 a 17:22