On may 21st, 2007 Chick Corea had a spectacular live performance at the historic Palau de la Música in Barcelona (Spain). 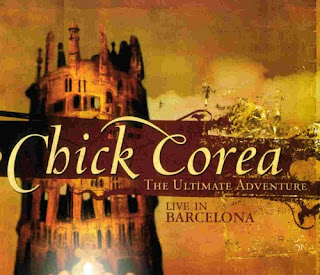 The performance was an exotic blend of of different melodies of Spain, North Africa and Middle East flavours, as you can appreciate in this video with the song which opened the concert: North Africa.