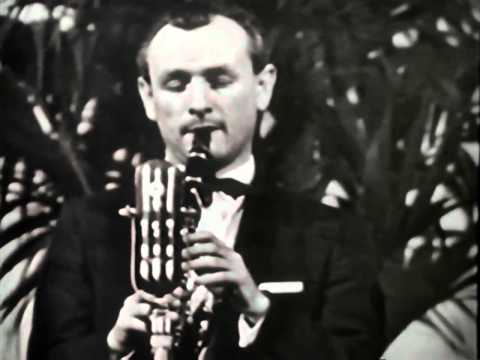 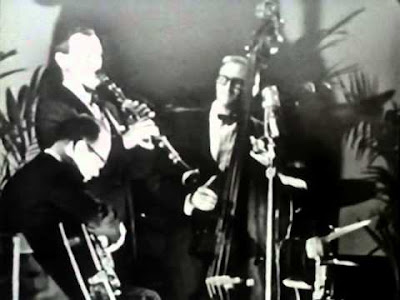 We can show here the most part of that exibition with a young Jim Hall, guitar and Buddy Clark, bass.
The first "tema" was a composition of John Lewis taken by the repertory of the Modern Jazz Quartet. Before an introduction of the concert, in a good italian, by Norman Granz.

The second tune is the well known composition of Giuffre: Four Brothers, famous for the four saxes arrangement, that he made for the Woody Herman orchestra.

The following tune is a composition of Jim Hall: Careful,

The new tune is another original composition by Giuffre: Princess

A new one original composition by Giuffre: The Little Melody

The exibition was concluded with Time Machine by Giuffre

For that I know the Trio with Buddy Clark never was recorded in studio, so those videos are the only existing attestation.
Pubblicato da Jazzfan37 a 18:33