In october 1955 Chet Baker came in Europe for the first time with his quartet including the pianist Richard (Dick) Twardzik (1931 - 1955), [in foto with the drummer Peter Littman of the quartet] who died from a heroin overdose in Paris on october 21, during the tournée. 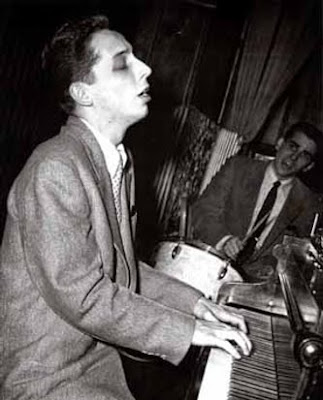 The following album contains the two dates recorded in Paris on october 11 and 14 with the quartet, including also bassist Jimmy Bond and drummer Peter Littman; in addition to the nine original issue in LP this album includes four bonus tracks from a concert given in Stuttgart on october 15, with the same group plus local guest musicians: the baritone sax player Lars Gullin and the singer Caterina Valente, before issued in different albums. 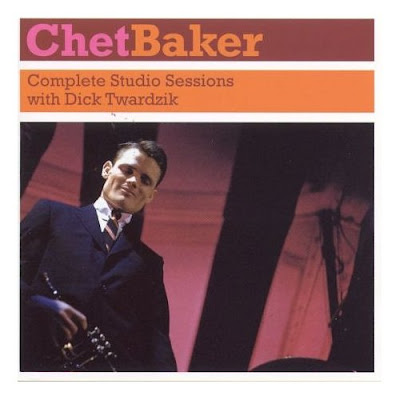 the following links aren't created by this blog's author, who only indicates links present on the web

These tracks, according with Jack Chambers, author of a interesting biography "Bouncin' with Bartok: The Incomplete Works of Dick Twardzik" (Berkeley Hills Books, Berkeley, CA, 2004): «may represent the apogee of Baker's talents as a pure musician».