Joe Venuti (1903 -1978) is considered the father of jazz violin, his music with the guitarist Eddie Lang later influenced Django Reinhardt and Stéphane Grappelli in France. 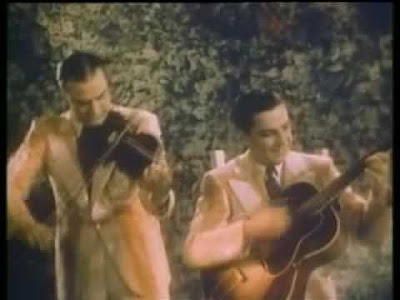 He never forgot his italian origins, (he liked to say that he was born aboard a ship when his parents emigrated from Italy, also if he was born in Philadelphia), and in last years of his life he played different times in Italy meeting some italian jazz players.
The following concert was performed in Turin at Teatro Erba, on March 26, 1971 by an italo-american quartet with the philadelphian jazz pianist Lou Stein (1922-2002) and the italians Marco Ratti (1932-2007): bass and Gil Cuppini (1924-1996): drums. The tapes of this concert were preserved by Venuti's family for years. Many years after they were issued in the 100 LP collection I Giganti del Jazz by italian publisher Curcio and till now never reissued. 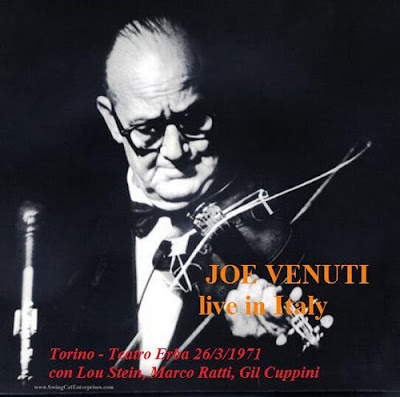